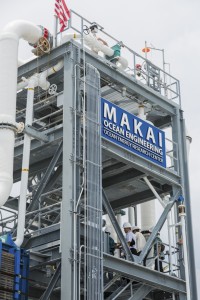 Since 2013 OTEC Okinawa has been the only fully operational OTEC facility in the world. What we mean by fully operational is using deep seawater and surface seawater to create power and connect it to a grid. Other lab-sized OTEC plants operate around the world using heated or cooled water to simulate actual conditions in order to test components. Saga University has one such system in Japan. Like any system, lab testing can only get you so far. The unique properties of seawater require testing in the elements in which larger scale emplacements will actually operate. We’re happy to welcome Makai Ocean Engineering’s facility to the small group of OTEC facilities in operation.

OTEC isn’t a new idea in Hawaii. Any history of OTEC will point you to Mini-OTEC or the 210kW open cycle plant in the 1990s.  What makes the Makai plant (or ours for that matter) relevant? Makai’s tower was originally built for heat exchanger testing. As one of the components of the OTEC cycle that can be optimized (and thus reduce costs), heat exchangers require the most intensive study before large-scale production. With the addition of a turbine and control systems, the addition of power production capacity adds value to the initial research investment and marks a milestone towards commercialization. 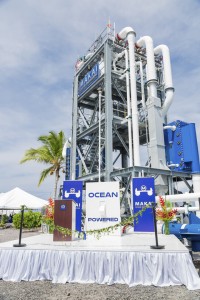 On August 21, 2015 Makai Ocean Engineering celebrated the beginning of power production at their facility at an event on site. Attended by the Governor of Hawaii and other dignitaries, the guest list also included Professor Ikegami from Saga University, representatives from Okinawa and the companies involved in OTEC Okinawa, and representatives from Kume Island including the town mayor. This facility makes Makai’s OTEC plant the largest in the world, which makes sense since the Natural Energy Laboratory of Hawaii Authority (NELHA) operates the world’s largest capacity deep seawater intake pipelines. According to Makai, the facility will “deliver OTEC power to the grid and serve as a test bed to reduce the cost and improve the performance of OTEC technologies.” 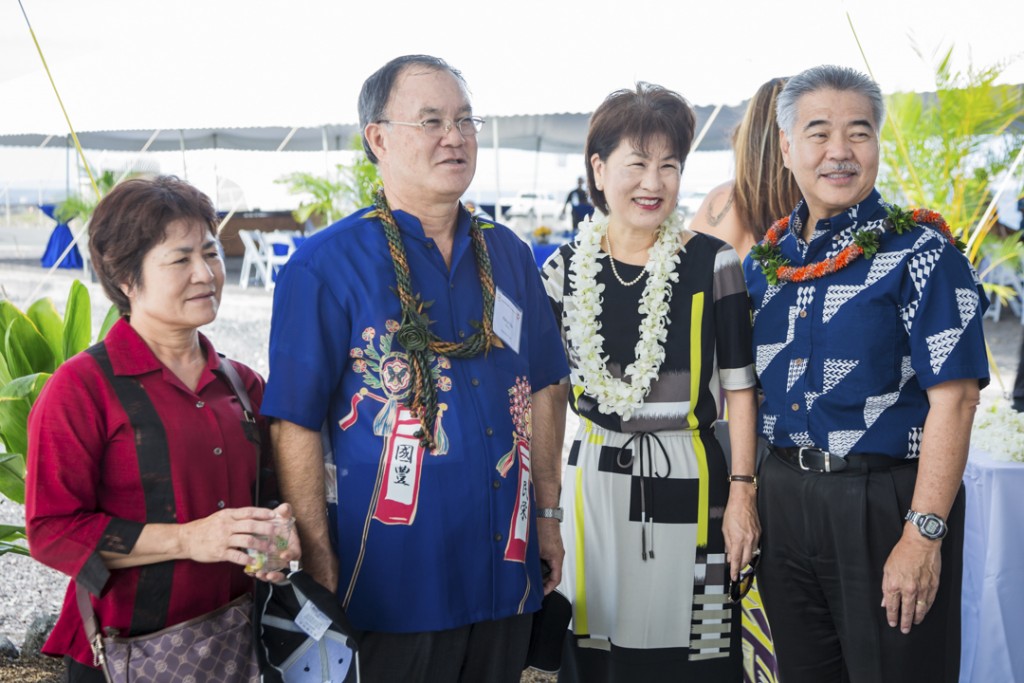 Producing power and connecting it to the grid will provide valuable information on the effects of seasonal changes on power delivery, allow refinement of control systems, and most importantly raise awareness of the viability of OTEC as a base load renewable power source.  Based on the wide media coverage so far, they’ve already succeeded.

A good example from Hawaii of the kind of energy innovation we should be investing in: http://t.co/h8ikK2AJgN 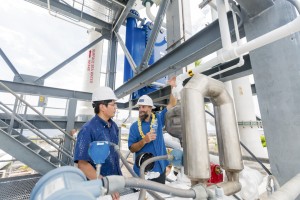 While both the OTEC Okinawa and Makai OTEC demonstration facilities are providing valuable data and critical research infrastructure they are still only demonstration facilities. OTEC relies on economies of scale, extracting a small amount of heat from the vast solar energy collector that is the ocean. Since such large commercial facilities require significant capital costs (offset by low maintenance, no fuel, and low running costs), prior to full commercial 10MW+ plants, a MW class plant is needed to refine large-scale equipment production (reduced cost for that larger plant), control systems (no OTEC plant in the world yet has a dedicated deep seawater pipeline), our understanding of the environmental impact (like lab testing, models only go so far), and to prove the technology is economically, politically, and environmentally viable.  In the meantime, we will continue to provide the data needed to improve OTEC components and systems.

We applaud Makai’s hard work in developing OTEC and we look forward to the continued cooperation between Okinawa and Hawaii and Hawaii County and Kume Island.

–All photos courtesy of and © Makai Ocean Engineering. Used with permission.