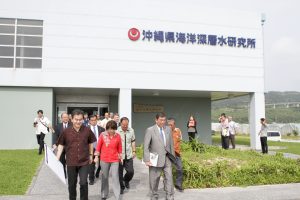 While Minister Shimajiri has visited Kumejima several times prior to her elevation to Cabinet level, it is the first time both ministers have visited in their current roles. After learning about the Kumejima Model at the ODRC, the ministers visited the Okinawa Ocean Thermal Energy Conversion (OTEC) Facility, as well as local industries including Point Pyuru Cosmetics, Kumejima Sea Grape Aquaculture, GO Farm Oyster Research, and the Kumejima Cooperative Kuruma Prawn Farm. 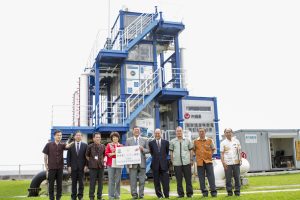 The Minister’s tour also marked an important day for us at OTEC Okinawa, being the 5000th visitor since our opening. These industries have taken advantage of existing deep seawater resources to create economically significant industries for Kumejima, however, they all are constrained by the limited capacity of the existing pipeline.

The Kumejima Model is an integrated system of deep seawater users that can lead to a community model for self-sufficient communities. In the future, Kumejima hopes to test the incorporation of Megawatt scale OTEC for power supply with other uses such as desalination for water so that the deep seawater resource is used efficiently. Testing the incorporation of these various industries and technologies at Kumejima’s small scale will allow for less expensive and more efficient use in other locations in Okinawa, Japan, and the world at large in the future. 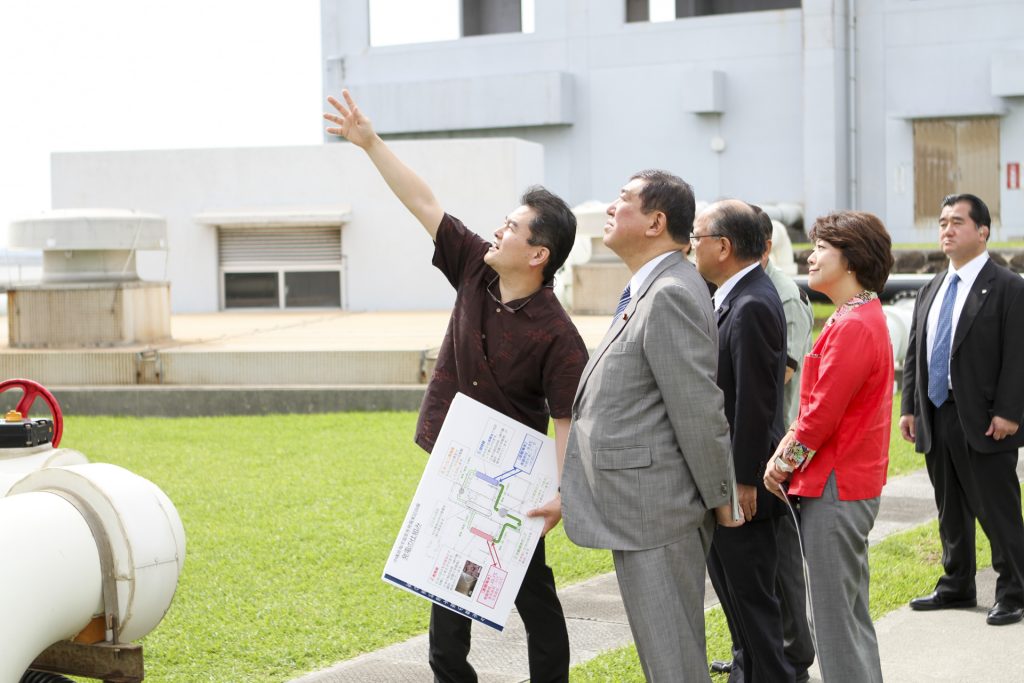 After touring the facilities, both ministers also took part in a seminar hosted at the Gushikawa Community Center. The ministers spoke about their observances during the day, and Minister Ishiba discussed the difficulties in rural Japan such as depopulation. Both ministers stated the would “fully support Kumejima’s efforts.”